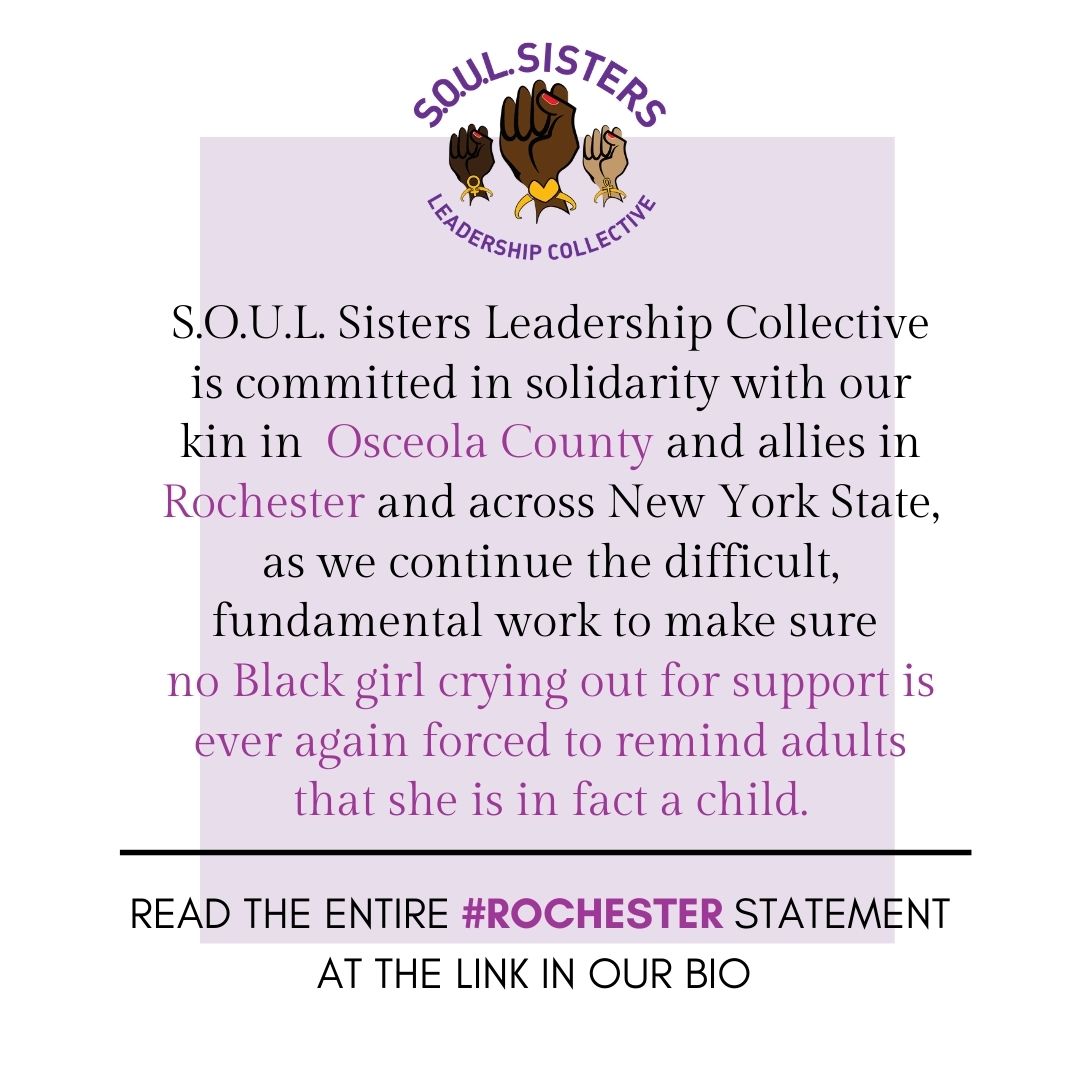 S.O.U.L. Sisters Leadership Collective and our allies are responding to this latest act of violence by the Rochester Police Department, in line with our commitment to the liberation and protection of Black and Indigenous Girls and TGNC young people of color throughout New York State. While interventions to address state and police violence often focus on Black men & boys, this is a dehumanizing, retraumatizing reminder of what we have always known to be true; that in order to actualize true racial & gender justice, we must widen our scope to include Black girls & TGNC young people. Recent research demonstrates how uniquely vulnerable Black girls are as a result of disparities in adult perception; specifically, we see how those granted the authority to enact violence against our communities view Black girls as dangerous adults in need of detaining, instead of children in need of nurturing. This adultification leads to the horrific violence we saw in Rochester last week.  Read more here.

S.O.U.L. Sisters Speak During Black Girls Day at the Capitol 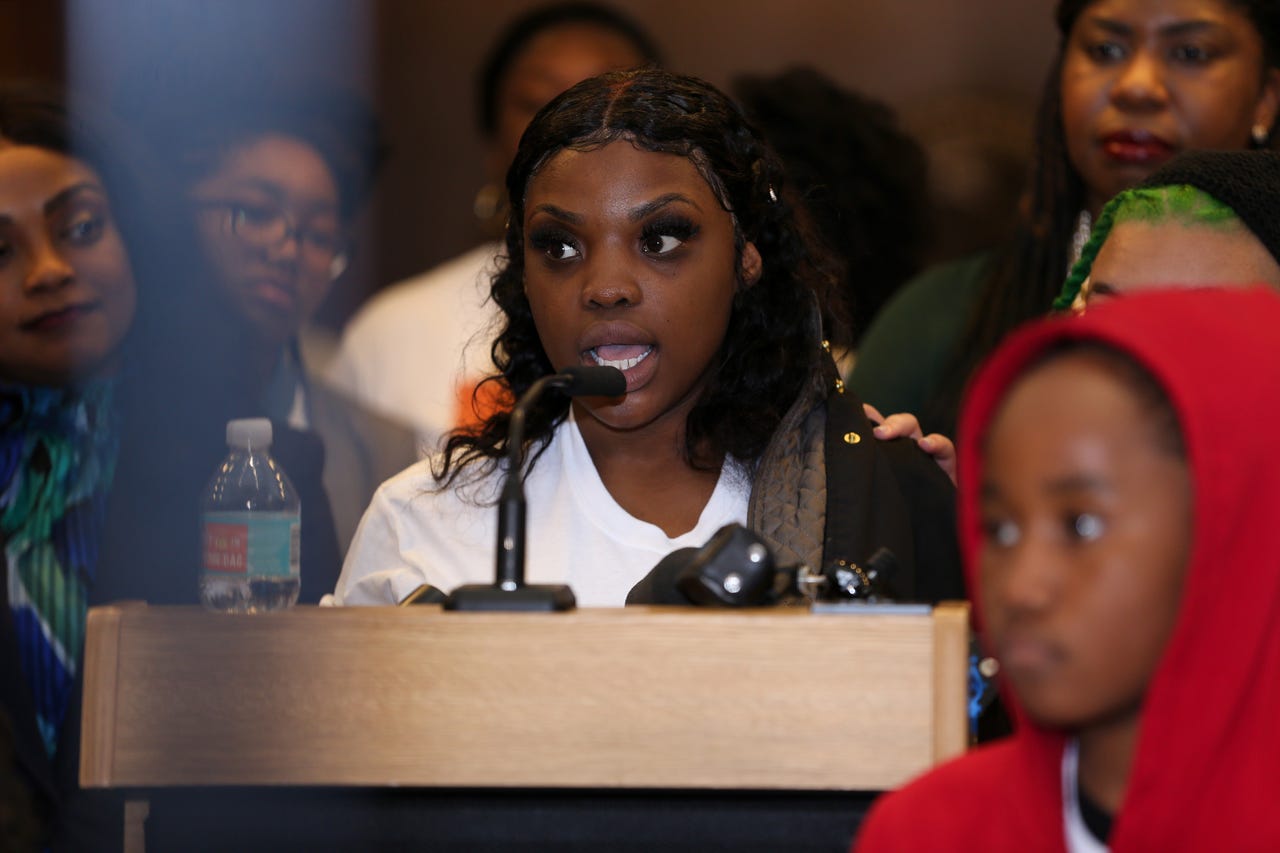 On February 27, 2020 Diarra Smith, a memeber of S.O.U.L. Sisters shared a personal story surrounding her relationship with the juvenile injustice system, as well as a need for policy changes, during a conference held in the Sunshine State’s capitol for Black Girls Day. This was a powerful moment that was captured on camera and featured in the Tallahassee Democrat. A few of S.O.U.L. Sisters’ girls and women were highlighted in the 20+ photo spread that you can see here. 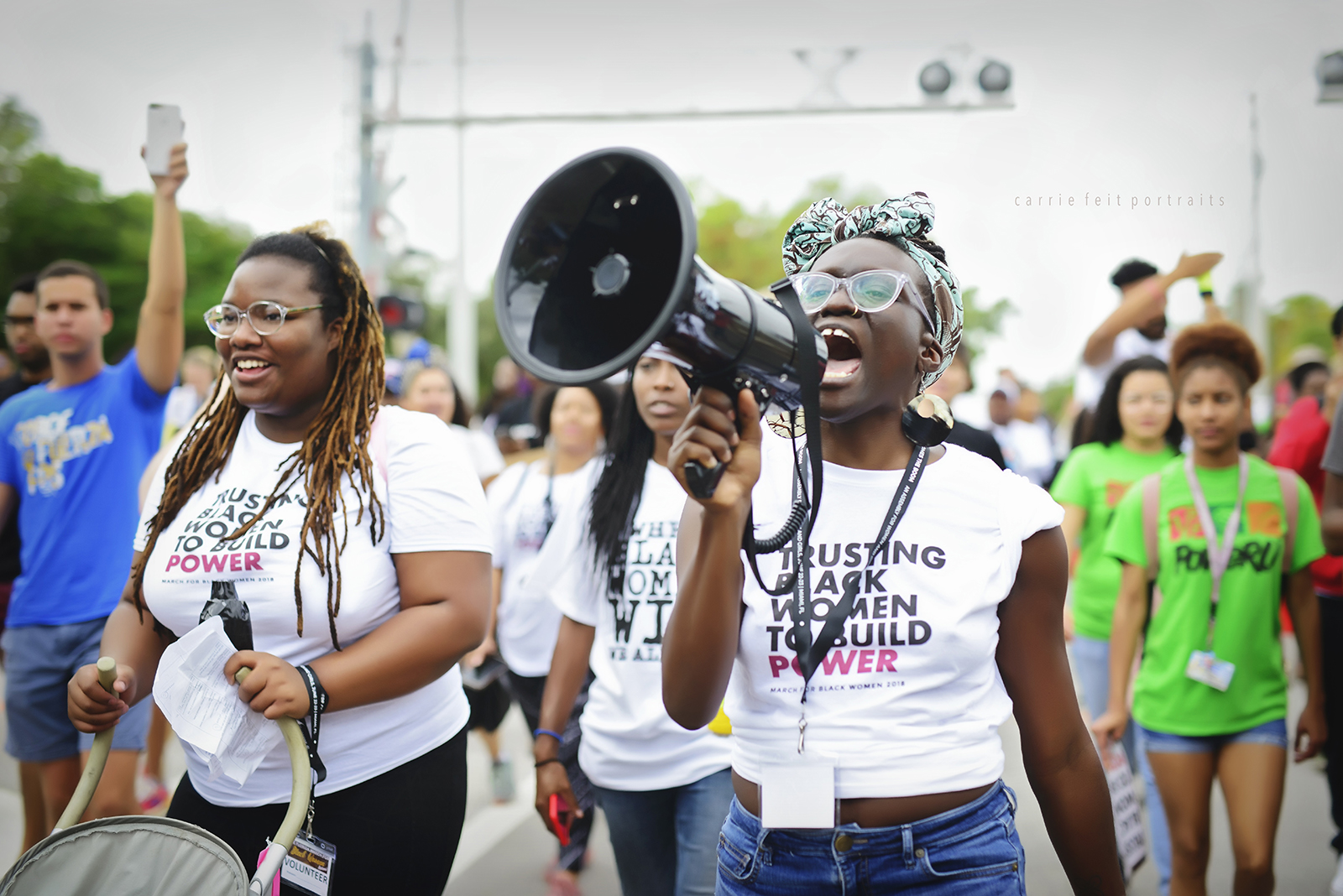 Gueinah Blaise published an article highlighting Executive Director, Wakumi Douglas and how her passion for social justice became a career.

Wakumi Douglas (SFS’07) came to Georgetown at a pivotal time in her life. Just a year after 9/11, Douglas was dealing with its aftermath as well as her own personal family struggles. When she toured the Hilltop, she noticed students protesting the Iraq war in Red Square. “I went to Georgetown because I admired the Jesuit commitment to social justice.” Read the full article here.

Janitors in Miami have been protesting and speaking out to get higher wages. Many are receiving minimum wage and express to the public that minimum wage is not a livable salary. During a protest for janitors at the Cambridge Innovation Center (CIC) journalists asked Logan Meza, SOUL Sisters Lead Organizer, for their thoughts. Logan expressed that “People need to get paid and make sure that they have enough to be able to provide for their family,” she said.  “And if it’s just the custodial staff that’s out here, it makes it easier to be ignored.”  Continue reading the full article here.

S.O.U.L. Sisters reclaims International Working Women’s Day to commend the labor and progress achieved by women, girls, and femmes for justice and liberation. Our work grows from the legacies of our radical Black, Brown, and indigenous ancestors and elders through our pillars of social justice, leadership, healing, and the arts all day every day. ✊?✊?✊?

Rebecca Klein of the Huffington Post published an article on the march for Black Women, organized by SSLC.

“Victoria Byfield knows exactly what it’s like to show up to school and get treated as a suspect instead of a student. Now a student at Miami Dade College, she recalls walking to high school in the morning and seeing students getting questioned outside about their recent whereabouts. It felt like she was witnessing an interrogation.”  Read the full article here. 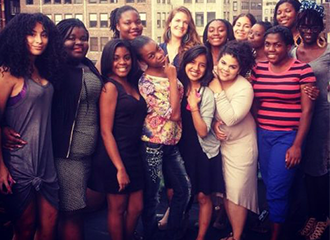 The Miami New Times published an article about what organizations to support for International Women’s Day, and SOUL Sisters made the list! Taylor Estape writes:

“Organizing in both New York City and South Florida, the S.O.U.L. Sisters Leadership Collective supports leadership among girls and nonbinary youth of color. Ongoing work involves direct engagement with middle- and high-school–aged femmes in the foster care, juvenile, mental-health, and other systems to promote social entrepreneurship, social justice education, and healing. In South Florida, S.O.U.L. Sisters works directly with the Miami Black Girls Matter Coalition through a youth leaders board.

You can provide support for the S.O.U.L. Sisters Leadership Collective in several ways. On the planning committee for the BOOM: Assembly for Black Women and Girls, it’s organizing fundraising through a CrowdRise page. Wakumi Douglas, cofounder and executive director at S.O.U.L. Sisters, explains the assembly is “focused on electoral politics and voting rights for black women and girls and building on black women and girls’ political platform approaching the 2018 elections.”

S.O.U.L. Sisters is also always looking for volunteers, especially artists and professionals for project support and mentoring. Support for event, administrative, and operations work are also options for anyone interested in getting involved.

“Young people already have so much power,” Douglas says. “I think empowerment puts a lot of power on the the adults. We don’t see our work that way. We ask them: ‘What do you see in your community that you want to change? How do you want to do that? What do you need?’ We really take our leadership from them.”

Read the full article here, or donate to us by clicking here! 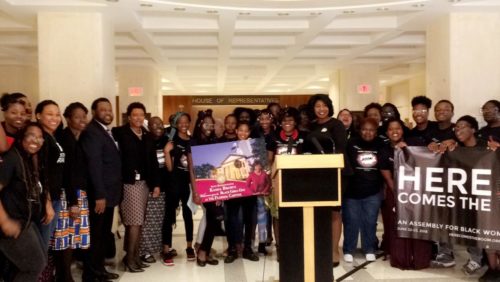 The recent Black Girls Day at the Capitol was the first to highlight minority women’s economic issues in Florida. Several organizations want improvements on education and better access to health care. The Sisters Organizing for Understanding and Leadership Group and other minority groups want state representatives to focus on improvements in education. S.O.U.L. Sister member Tajarah Surin says public schools in southern Florida have a lack of resources.

We were featured in an NPR article about our community healing circle. Listen to the SoundCloud sound bite, or read the full article here

Many thanks to our 2017 Restorative Justice Training Fellows! 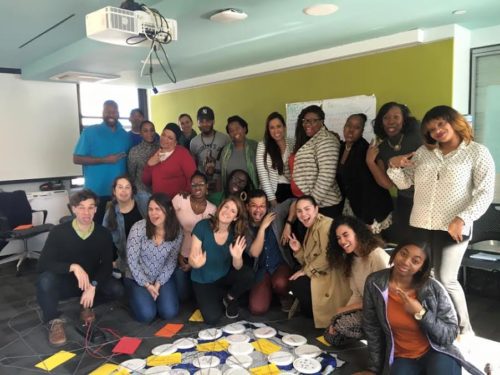 We took part in “Reimagining Safety: an urgent conversation about the movements centering girls of color” hosted by the NoVo Foundation in June, 2017 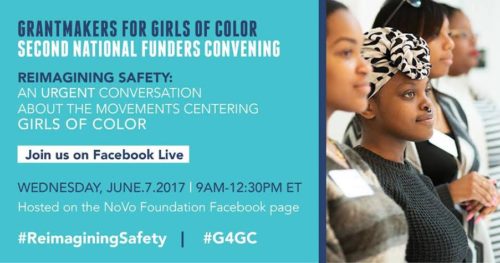 We hosted a SOUL Model training in the summer of 2017 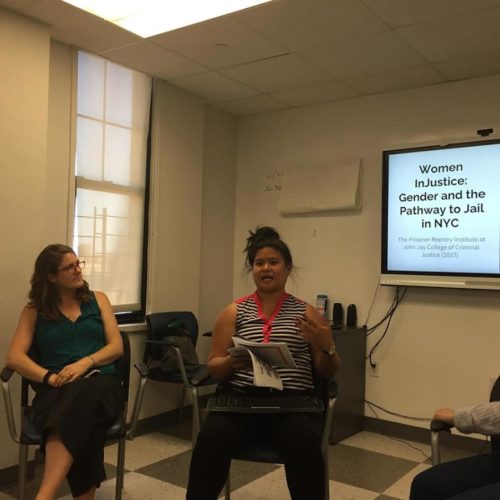 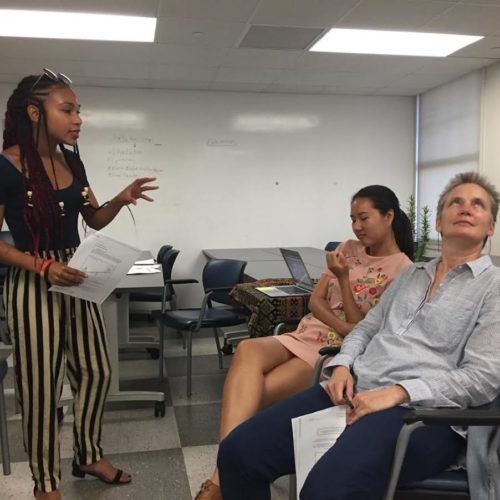 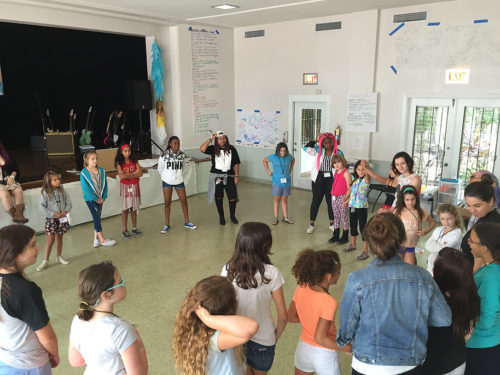 We hosted a healing circle, which was attended by over 200 people, in light of the recent police killings. The event page can be found here. #blacklivesmatter. 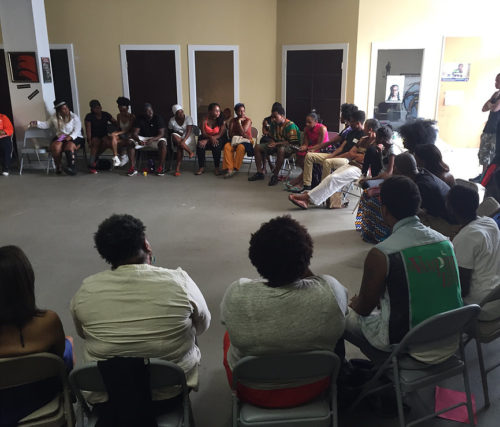 We hosted an end-of-the-year exhibit and performance evening, Soul Swag! The evening featured photography taken by the middle school participants of our Sisterhood Academy program, as well as spoken word, music, singing, and story telling by NYC community organizers and Columbia University School of Social Work students. We had over 80 attendees, 11 youth participants, and 34 visual artists. Take a look at photos here. 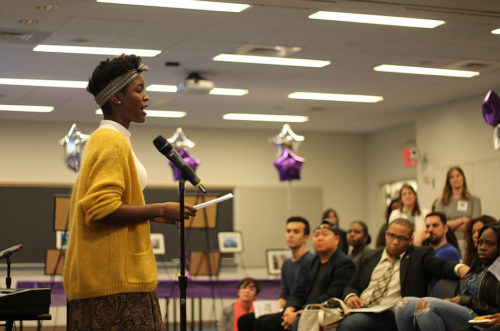 Beyond the Bars Conference ~March 2016

Youth Leaders Board members led the youth panel discussion at Columbia University’s Beyond the Bars annual conference. Read more about it here!! 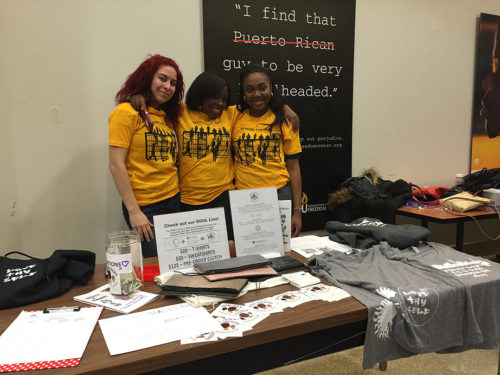 Youth Leaders Board (YLB) member Jazandrea Byrdsong lit up the mic to speak about why black girls matter and the important work that was done during the Black Girls Matter Circles (BGMC) and the final leadership summit! Listen to the interview here! 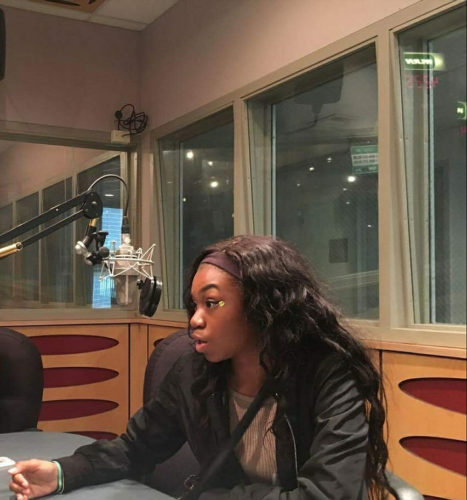 Our Co-Founder & Executive Director, Wakumi Douglas, and Miami based Youth Community Organizer, Logan Meza, spoke about what we actually mean when we say “Black Girls Matter” and what it looks like to actually show up for young people in an effective manner! Listen to the podcast on SoundCloud here! 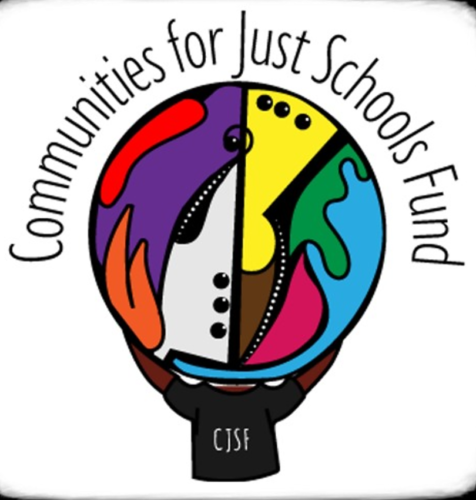 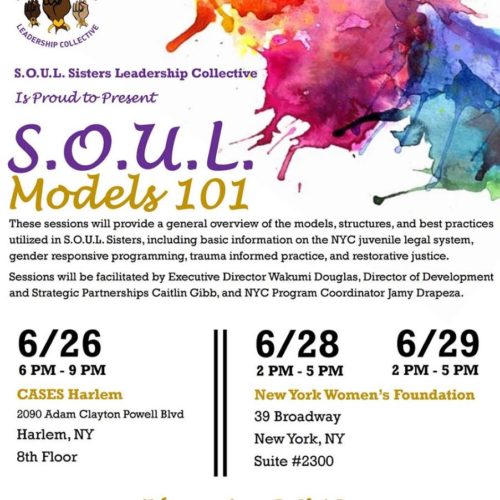 Our “SOULful Fashion and Business” was featured on fem2pt0! Check out the blogpost here!

We raised over $3,000 with our holiday fundraising campaign!

In November, S.O.U.L. Sisters was honored with the 2015 IOBY Hero Award.

SSLC members in NYC and Miami participated in the Dignity in Schools Campaign Week of Action.

We published our FIRST ZINE entitled, Sankofa: The Healing Addition. Check it out HERE!

Check out the gracious blog post written about us!

We raised over $12,000 in our grassroots fundraising campaign! Thank you to all of our donors and to our fiscal sponsor, IOBY.

Members of our team co-organized the #BlackGirlsMatterMIA town hall attended by hundreds.

Counselors Not Cops: Why should counselors be in NYC schools instead of police?

For this installment of Youth Justice, we’re sharing an essay from our NYC Youth Organizer, Afi...
more ›