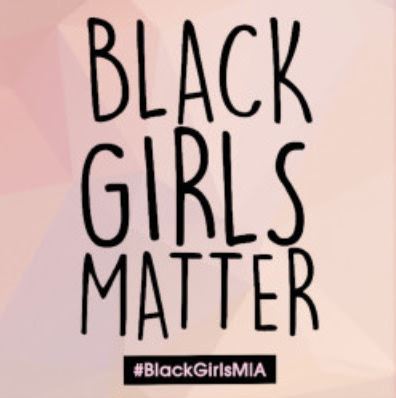 Over the past few weeks, our community has been hurt, disturbed and enraged by the news that a 14-year old girl at Carol City Senior High School was raped by three of her peers resulting in exposure to two sexually-transmitted diseases, suspension from school and potential relocation from her home.  The Miami Black Girls Matter Coalition and our allies are outraged and extremely concerned about the safety of girls, particularly girls of color, in Miami-Dade Public Schools.

Girls of color face oversexualization and objectification of their bodies resulting in a belief that men and boys are entitled to touch, grope, and make comments about their bodies whenever they wish regardless of consent. We condemn all victim blaming. We condemn all shaming of girls for their consensual sexual behavior as a justification for sexual violence. Unfortunately, our girls’ experiences with sexual harassment and violence in their schools are not often believed, causing them to remain silent about their pain.  We admire the bravery of this young woman to speak out. We denounce the school’s punitive response toward the survivor in issuing her a suspension. In the spirit of the #metoo and #timesup movements, we say “enough is enough” to the harassment and violence facing our girls in their schools & communities. The time for change is now.

Miami Black Girls Matter Coalition (BGM) launched in May 2015 at the Black Girls Matter Town Hall, attended by over 300 people, to address issues facing black girls and girls of color in their homes, schools and communities. In 2017, we launched listening circles, touching over 100 girls of color across Miami-Dade County, which culminated in a summit attended by over 200 people. During the summit, the girls launched their list of demands.

To address this injustice, we call for:

Girls have been taking critical steps to end school and community violence locally and nationally. Last month, Miami Black Girls Matter Coalition youth organizers represented issues of violence and inequality facing girls & non-binary youth of color in Tallahassee at Black Girls Day at the Capitol. In New York City, girls and non-binary youth at Girl for Gender Equity launched the Schools Girls Deserve Report. And in Oakland, California, girls with Alliance for Girls drafted, lobbied for and got their school district to pass a student-driven sexual harassment policy.

We are in deep prayer for the the young survivor, her family and the students at Carol City as they navigate how to heal, feel safe and make their communities whole. We are also available to support the youth involved and their families as well as Miami-Dade Public Schools as they begin the important work to make sure this never happens again.