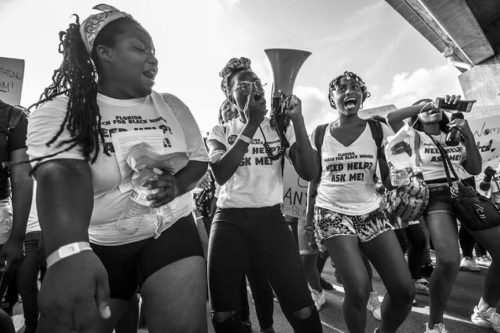 Black Girls Matter Miami Coalition is led by an intergenerational group of Black women, girls, and gender nonconforming youth. We support the leadership of Black girls and GNC young people to heal, be heard, transform communities, and join the movement for Black liberation.

Inspired by S.O.U.L. Sisters’ Freedom Summer Institute: Roots, Rebirth, and Revolution. This zine was designed by our youth participants in celebration of resilience and steadfastness. Honoring the continuation of the movement that our ancestors have taught us as well as...
more ›