Let’s give some context in the form of political landscaping: In May, a mass grave of Indigenous Children was unearthed at the Kamloops Residential School, and Canada was forced to reckon with its abuse of Native families, specifically the stolen children. Earlier in June, we held a digital screening of Pushout: The Criminalization of Black Girls in Schools. Stories of suspension from school and being forced out of sports because of hairstyles and/or gender continue to surface in the media. Legislative policies put in place on a professional level, which also extended to high schools, limit trans and/or gender non-conforming athletes’ participation in sports. On a professional level, we’ve even seen how athletes like Serena Williams and Caster Semenya have been compared to men as competitors because of antiblack notions of who is and is not a woman. Many femmes still to this day have to decide which is more important: our natural hairstyles, or employment?

All of these cruel occurrences are intrinsically linked via, you might have guessed it: RACISM. Why are we forced to exist within a white supremacist state for survival, to be ‘allowed’ to stay with our families, to learn in school, and to compete in sports? When we do co-opt institutional guidelines to be included, are we kept safe in those institutions? Can we flourish there?

The breaking down of racist institutions needs to occur in order to promote safety and wellness amongst Black, Brown, and Indigenous youth. Recalling the incident at Kamloops Boarding school in Canada, in which the remains of 215 Indigenous students were found in an unmarked grave, further supports the need for accountability, reparations, and reforms. Consider the plight of children being forced into boarding schools, banned from their language and culture, and their abuse at the hands of the Catholic Church, who ran the schools. The unearthed graves are filled with children whose deaths have been caused by neglect, disease, or injuries from accidents. We have no way of knowing their plight because of the lack of documentation. What of the mass graves we have not uncovered? Or the families broken and displaced due to over-policing in Black, Brown, and Indigenous communities?

Similar to Indigenous folks, many Black and Brown people, who continue to be separated from their families, still have received no real acknowledgment or accountability for government policies that destroyed our communities. We need access not to just holidays, but real resources in abundance to restore our communities. Experience as Black, Brown, and Indigenous people comes with the hardships of oppression and racism. To dive in deeper, these hardships can have lasting effects on the dynamic of familial and community relationships. Over-policing, whether resulting in incarceration or the death of an individual, leads to the trauma of not only the individual targeted, but also, their loved ones and surrounding community. Routines may change, some may feel neglected, resulting in intergenerational behavioral changes.

Legislative policies tend to have similar results; for example, the 2017 Family Separation Policy, created during the Trump presidency, targeted Latinx, South American, and Hispanic families, breaking them up at the United States border and putting them into camps. This left children in what medical experts identify as “torturous” and “abusive” settings. Despite the termination of this policy, children still remain separate from their parents, which explains why the U.S. Government was required to take collective responsibility in providing relief and reuniting families. On February 2nd, 2021, President Biden passed an executive order on the “Establishment of Interagency Task Force on the Reunification of Families”, which establishes the goals of collective accountability and the prevention of future separation of families. However, this order doesn’t mend the trauma caused by youth being separated from their loved ones.  It takes a village to ensure real healing, and it takes real effort to create real, everlasting change. What happens when our village communities are destroyed? How do we heal from this?

The culture of the people of the First Nations- Black, Brown, and Indigenous culture- is our lifeblood, and we need to preserve it, document it, and cherish it. It is what links us to our community, and by strengthening these community ties, we can better uphold our roots, learning lessons and collective history. Creating spaces where children, specifically femmes, can interact and build leadership skills can break the cycle of hardship, and make for stronger, more interconnected individuals in the generations to come.

Georgetown Gender Justice and Opportunity Initiative have composed a report based on a two-year study, which created a basis for building foundations of health and wellbeing for girls of color. We observe our youth suffering with no outlet or lack support, and as a result, bottle feelings up. Through the use of restorative practices and protective health factors, it was identified that teachers, peers, and family have a significant role in the restoration process, where the goal is youth safety. This restoration is done by providing physical safety (positive environments) and emotional safety (social-emotional learning and empowerment) to promote healthy development (greater academic achievement and strengthened mental health).

At S.O.U.L. Sisters Leadership Collective, we’ve observed and experienced hardships such as adultification as a result of being the “other”. We work drawing upon our four pillars of leadership, radical artistic expression, healing, and social justice to build power and resist/disrupt all forms of violence, economic exploitation, and oppression. Black, Brown, and Indigenous people obviously have different physical attributes, cultures, and backgrounds than white people, however, at the end of the day, we’re all human, and thus deserve to be cherished. The presence of institutionally racist facilities creates difficulty in coexisting and just being us. The hardships of adultification, being excluded, and many more, are the result of simply being different. We are treated this way to fit a social standard, but we’re NOT having it. We envision a world in which joy and freedom can be reclaimed by restorative justice practices and radical abolitionist healing. We center the voices of our Black, Brown, and Indigenous youth of color by giving them the space and support that society takes away from them.

Written by Imani Brown. Imani (she/her) is a Pinkerton Fellow and a senior at John Jay College of Criminal Justice; majoring in criminal justice and pursuing a certificate in dispute resolutions. Imani has been working with S.O.U.L. a little over a year, initially as a Community Relations Intern, where she was responsible for creating content and social copies for social media platforms, as well as organizing monthly newsletters. During Summer 2021, Imani’s role was expanded, and she became more actively involved in community and staff spaces that discuss criminal, social, and restorative justice practices. By engaging in this realm of the organization, Imani feels more connected to our healing justice work and hopes to apply this experience to her career path towards becoming a juvenile justice attorney. Outside of S.O.U.L., Imani also works with the Kings County District Attorney’s Office and the Sonia Celina Sotomayor Judicial Internship Program and is an active Peer Career Educator on campus.

Interested in finding out ways to do this work with us? Head to the contact form, our social media accounts, or sign up for our Newsletter.

Lessons from the Young Lords: What Secrecy and Erasure Couldn’t Hide 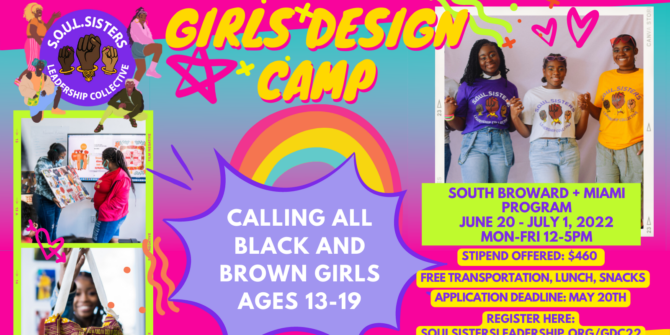